Study: Only seven prescription drugs and one OTC were found proven to be effective for preventing migraine attacks - Axon Optics Skip to content 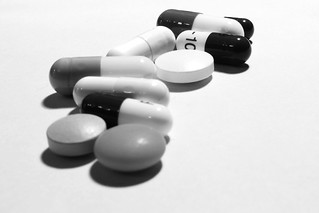 The results of a new major study about medication and migraine treatment was released last week. The study announced new guidelines ranking the effectiveness of medications used to treat migraine and contained surprises. Only seven prescription drugs and one over-the-counter product (butterbur) were found proven to be effective for preventing migraine attacks.
Other drugs in the prescription and TOC categories were ranked as being “probably effective.” You can read more about it here: http://www.medpagetoday.com/MeetingCoverage/AANMeeting/32304
Here is the list of Specific prescription drugs with a Level A recommendation (which indicate proven efficacy in at least two high-quality trials):
Only one OTC product has established efficacy, according to the guideline: the herbal supplement known as Petasites or butterbur.
Are you taking any of these?